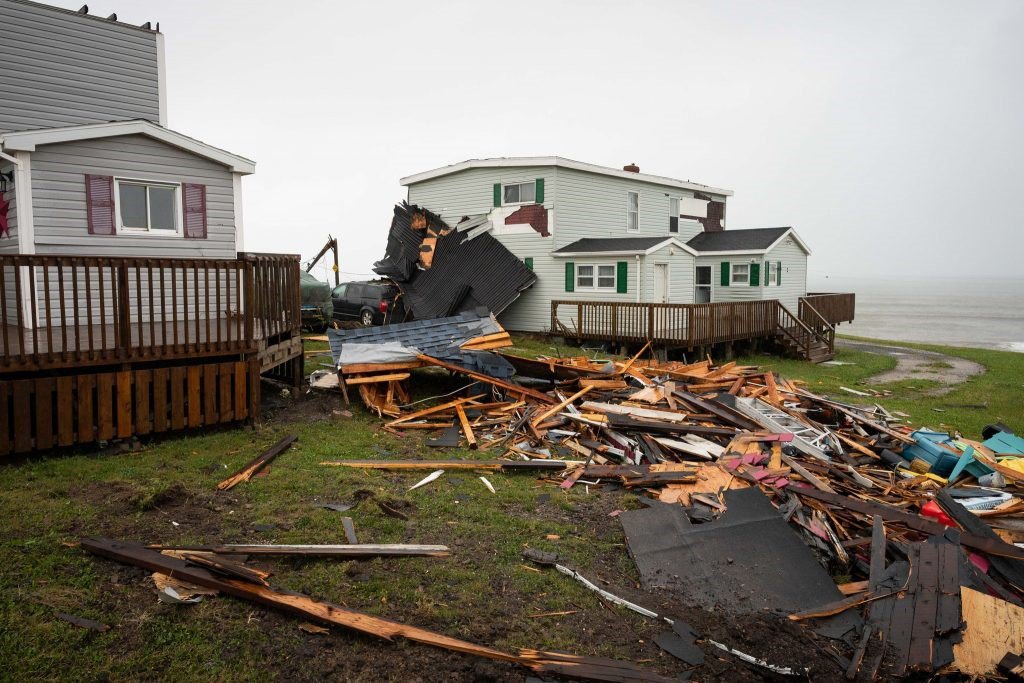 Post-tropical storm Fiona caused more than $660 million in insured damages, according to an initial estimate by Catastrophe Indices and Quantification Inc.

The Insurance Bureau of Canada (IBC) said recently the storm was the most costly extreme weather event ever recorded in Atlantic Canada in terms of insured damages based on the new estimate. It was also the 10th most costly in Canada, surpassing the 2011 Slave Lake, Alta. wildfire.

But insured damages are only part of the picture.

“Although the estimated $660 million in insured damage is a record-breaking figure, many affected residents were located in high-risk flood areas and floodplains where residential flood insurance coverage is not available,” IBC said in a news release. “As a result, the overwhelming majority of costs for this disaster will be borne by the government.”

The storm made landfall in Nova Scotia on Sept. 24 and ripped through the region for hours, knocking out power to more than 500,000 customers in Nova Scotia, Prince Edward Island, New Brunswick, Quebec and Newfoundland and Labrador.

It brought with it violent winds exceeding 100 kilometres per hour, torrential rainfall, flooding and downed trees, and resulted in several deaths, the IBC said.

Power outages affected more than 415,000 customers in Nova Scotia, leaving about 80 per cent of the province without power. There are a large number of cars and buildings damaged by fallen trees in Halifax. Extensive flooding, and torn-off roofs, accounted for the majority of the province’s insured damage, which is pegged at $385M.

In Prince Edward Island, houses were moved off their foundations by storm surge and wind tore roofs off buildings. Trees and power lines were damaged or snapped/uprooted across the island, leaving 82,000 customers without power.

“This accounts for 95 per cent of total customers on the island,” IBC said. “Significant beach erosion also impacted much of the north coast.”

Southwestern Newfoundland was particularly hard-hit by Fiona, with severe damage reported from Burgeo to Port Aux Basques. At least 20 homes were washed into the ocean, primarily in Port aux Basques, leading to the evacuation of nearly 200 people. IBC reported one fatality was confirmed in the town after a home collapsed into the sea amid intense wave action and storm surge. The province saw just over $7 million in insured damages.

New Brunswick was spared much of the damage due to the easterly track of the storm, but it still saw more than $30 million in insured damage. Widespread outages occurred in Saint John, Fredericton, Moncton and the Acadian Peninsula. Damage to structures was largely located along the Northumberland Strait and near the Nova Scotia border, with large, downed trees and branches, IBC said.

In Quebec, where some houses were flooded with several feet of water, there was over $11M in insured damages.

In the wake of Fiona, IBC says it is working to create a residential flood insurance program that would “make affordable insurance available to residents of high-risk areas.”

“As we begin to see the extent of damages caused by Hurricane Fiona, it is clear that much more needs to be done to enhance our resilience to extreme weather events and build a culture of preparedness moving forward,” said Amanda Dean, Vice-President, Atlantic, IBC. “Climate change is real, and the fatalities, emotional turmoil and financial consequences we’ve witnessed must be a call to action — we must prioritize the protection of all Canadians from the impacts of climate change.”

Insurance claims from severe weather have more than quadrupled across Canada since 2008, and eight of the costliest disasters in Canadian history have happened since 2013.

For the third year in a row, insured losses have exceeded $2 billion annually.

With files from Insurance Business Canada and Canadian Underwriter