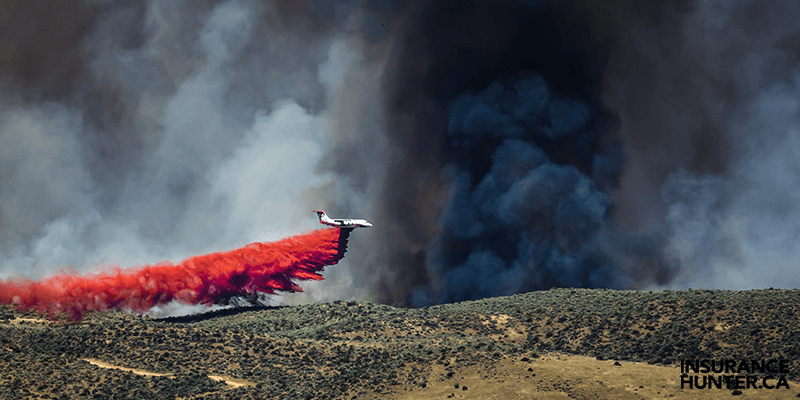 At least 31 people are dead in what experts are calling the most destructive wildfires in California’s history.

Tens of thousands of residents have been forced to evacuate their homes while firefighters fight hazardous wind conditions in an attempt to control the blaze.

“The so-called Camp Fire in Northern California and the Woolsey Fire in suburban Los Angeles have destroyed more than 6,700 structures and could cost the state, insurers and homeowners at least $19 billion in damages.”

There is no sign of rain relief in the forecast, and more winds are predicted to energize the flames. The entire northeastern city of Paradise has been destroyed.

The Woolsey Fire is expected to take another five days to put out, while the Camp Fire to the north needs “the rest of the month” to extinguish, according to California’s Department of Forestry and Fire Protection.

In terms of damage, 196,000 acres of land have been touched or destroyed by fire while freestanding structures, in numbers reaching the tens of thousands, are threatened with decimation. There are around 228 people missing near the northern wreckage.

“We’re putting everything we’ve got into the fight against these fires, and this request ensures communities on the front lines get additional aid,” said California Governor Jerry Brown.

Damages near northern city San Francisco and suburban Los Angeles could mirror the levels of destruction caused by major hurricanes, like Michael, which left parts of Florida in pieces earlier this year.

“The California fires are as bad as folks think they are,” said Chuck Watson, disaster modeler at Enki Research. “Insurance for fire is already becoming an issue in California and this won’t help that industry.”

“Six out of the last seven years, we’ve been in drought,” said L.A. fire chief Darly Osby. “Statewide we are in a climate change and it is going to be here for the foreseeable future.”

The Woolsey blaze alone has consumed 83,275 acres of land in Ventura and Los Angeles counties, and as of Sunday Nov. 11, was only 10% contained.