"We The North" sentiment runs deep 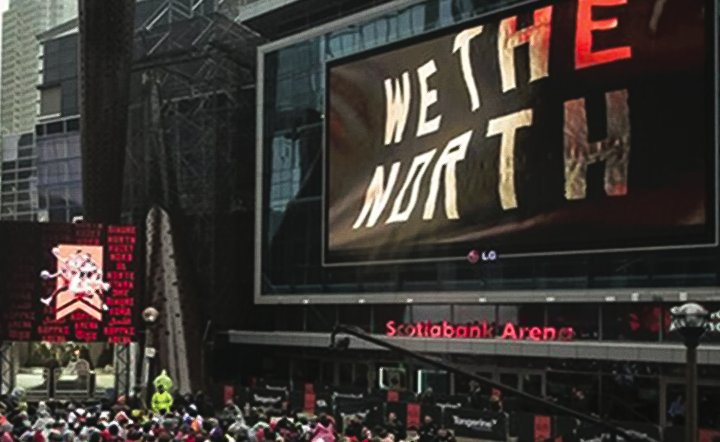 The NBA Championship won by the Toronto Raptors was not only historic, it was a slam-dunk for Canadian patriotism.

During the Raptors’ run up to the finals, the team’s slogan “We The North” became something far more than a catchy marketing phrase for a Toronto basketball team. It became an emotional rallying point for Canadians across the country.

Monday’s celebratory parade could draw a crowd approaching two million people, an official with Maple Leaf Sports & Entertainment told the media over the weekend. Toronto Mayor John Tory has declared it “We The North” day in honour of the team.

The championship-clinching win, which marked the first time a team from Canada won the Larry O’Brien trophy, has already gone down in the television record books. Bell Media recently reported a Canadian TV NBA record average audience of 7.7 million viewers watched the Raptors win the title in Game 6 of the finals against the Golden State Warriors.

We’re sure if Canadian James Naismith - who invented the game that was first played in 1891 at a YMCA in Springfield, Mass. – was still alive he’d be smiling.

That’s because it became increasingly clear, from the moment that Game 7 buzzer-beater shot by Kawhi Leonard clinched the Eastern Conference Finals over the Philadelphia 76ers, Canadians had already embarked on a journey.

Consider this: There were 60 Jurassic Parks across the country during the finals. From Halifax to Montreal to Calgary and cities in provinces in between, fans gathered by the thousands to hang on every basket, every free throw. (For the record, there was also one in Rockford, Ill., where residents were celebrating their hometown hero and Raptor Fred VanVleet.)

Whether there, in living rooms, neighbourhood pubs or among a planeload of Raptors fans on an Air Canada flight headed to Game 6 at Oracle Arena in Oakland, Calif., the nation had come together in a new way.

Anyone who watched media interviews with fans could see the diversity. Everyone was represented - side by side. It was the best of us.

“We have never seen anything like this,” one fan told the Toronto Sun. “This has really brought the whole city and country together.”

Former CBC anchor and chief correspondent Peter Mansbridge summed it up this way: “So Kawhi Leonard, Kyle Lowry, Pascal Siakam and their fellow non-Canadian teammates.... have embraced the Raptors and in doing so have embraced Canada. They're also being embraced right back.”

READ MORE: For two months, the Raptors made Canadians forget about hockey

Leonard has given us a May and June to remember, he wrote. “It wasn't the one we thought we'd been waiting for, no hockey sticks and Stanley Cup parades. Instead, for many of us, a whole new game and cheering on a national level like we have never seen before.”

We at HUBInsuranceHunter, couldn’t agree more. Congratulations to the entire Toronto Raptors team and each and every fan. Enjoy the moment, you deserve it!