Is pothole damage covered by insurers? 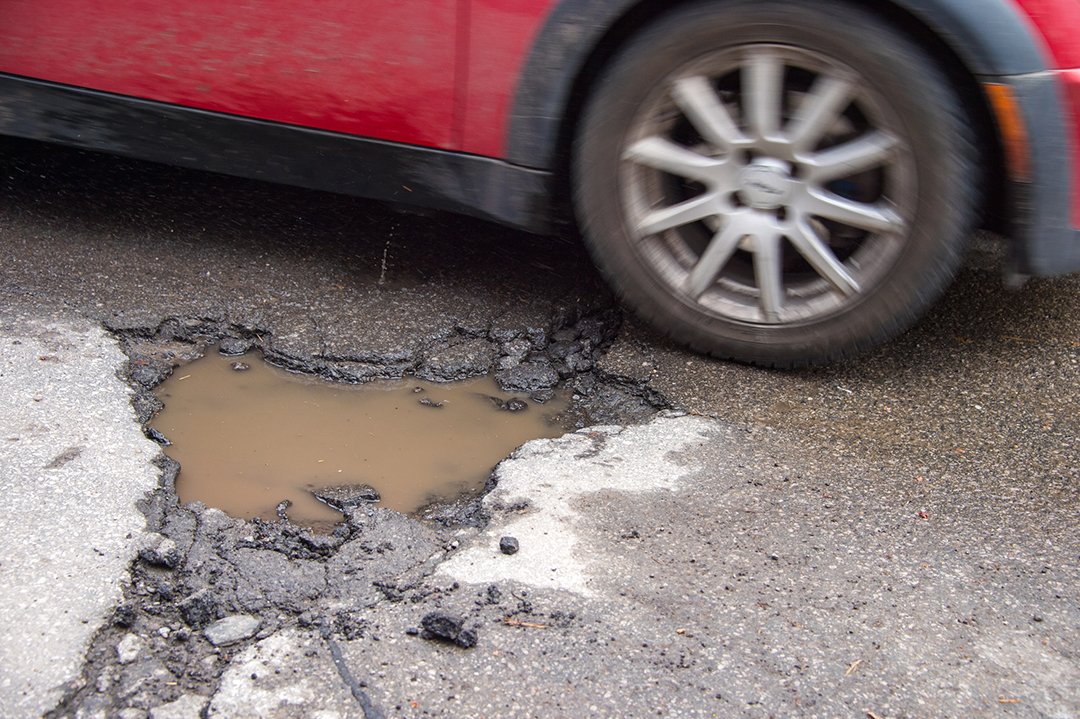 If you’re a driver in Canada, you’ve likely done it: Hit a gaping pothole on the road.

But when you hit a really big one and it damages your car, does your auto insurance cover it and can the city be held liable?

Pothole damage is covered under optional auto insurance policies and the municipality can be held liable, but it can prove difficult to be successful in a pothole damage claim against the city. If a personal injury results, then statutory accident benefits might be available. Drivers, of course, can opt to pay for the damage themselves if less than their deductible.

In January, CityNews reported at least 12 vehicles were damaged in Toronto after hitting a massive pothole on the Gardiner Expressway. Although no injuries were reported, some vehicles were so damaged that they couldn’t be driven and had to be towed away.

Pete Karageorgos, director of consumer & industry relations in Ontario with the Insurance Bureau of Canada, told Canadian Underwriter recently damage from potholes is covered under optional collision or all-perils coverage.

A vehicle owner or insurer could then go to the city to collect, but they would have to prove their case, Karageorgos said.

It is important to gather all the information if you decide to make a claim. If your car is damaged, you may want to use a licensed mechanic to assess and document the extent of the damage. Take pictures of the pothole (safely, of course.) The municipality should also be immediately notified of the pothole’s location.

Potholes are an annual problem in Canada’s climate. The City of Windsor, for example, spends about $1 million a year fixing thousands of them. They happen when frost penetrates into the ground and any moisture in the ground expands as ice. The next thing you know one part of the road heaves causing cracking. Heaved areas can then get caught by snowplows or tires of cars and pop pieces out, creating the pothole. The heaving also happens in the spring when the roads thaw out.

The most immediate concern when hitting a pothole is your tires. This can lead directly to uneven wear and tire damage. A significant enough blow can bend a rim. It can even bend or even break suspension components. In other words, the repairs can add up.

The city can be held liable, but it’s very difficult to be successful in a claim against a city for damage caused by a pothole, said Edward Masters, a personal injury lawyer with Mann Lawyers LLP in Ottawa, told Canadian Underwriter. “I would not expect an insurance company to make a claim against the city because of how hard it is to recover.”

Potholes in Ontario are addressed in Ontario Regulation 239/02: Minimum Maintenance Standards for Municipal Highways under the Municipal Act. Section 6.1 provides that only potholes exceeding both the surface area and depth set out in an accompanying table need to be repaired “after becoming aware of the fact.” A pothole is deemed to be acceptable (in a state of repair) if its surface area or depth is less than or equal to that set out in the table, said Edwards.

“Even if a pothole is too big or deep, the municipality still has a certain time period within which it has to be repaired,” Masters said. “But there is a further catch: the time limit for repairing a particular pothole only starts to run once the city has been put on notice of its existence. So, if nobody reports a pothole, the time limit for getting it fixed never starts to run.”

The size of what amounts to an unacceptably large pothole depends on the character of the street it inhabits, its speed limit and average daily traffic, Masters said.

“The Municipal Act prescribes the size and age a pothole must be before the city can be held liable for the damage it causes to a motor vehicle. This explains why almost all claims made against municipalities for damage caused by potholes are unsuccessful.”

Whatever the case, why not check with your insurance broker now to find out if you have the optional coverage to repair the damage before it happens!