Home > Blog >  How will growing cannabis affect your home insurance?

How will growing cannabis affect your home insurance? 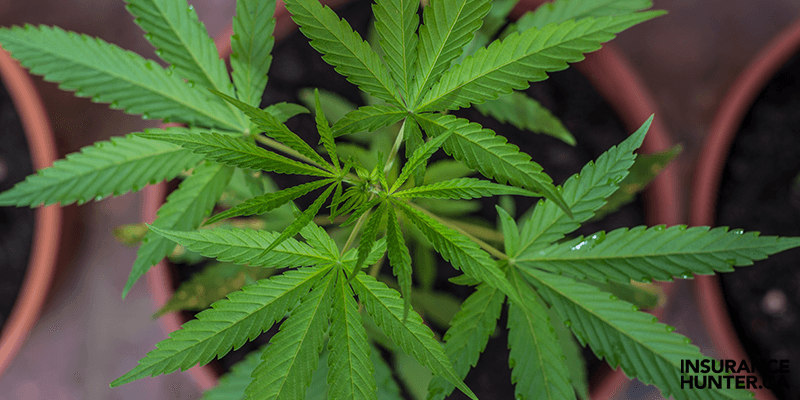 Oh, cannabis! Legalization is around the corner for Canadians nationwide. The Trudeau government’s stated goal is to legalize, strictly regulate and restrict access to cannabis, keep it out of the hands of Canadian youth, and prevent the expansion of organized crime and the black market.

According to the legalisative proposal, residents will be able to grow up to four plants at home for personal use. How will insurance providers view legal cannabis cultivation at home? Does a small cannabis garden of four plants really come with a host of property risks?

In 2017, the Liberals announced the legalization of cannabis for the following year. Cannabis has already been legalized or decriminalised in dozens of American states, while certain European countries have decriminalised the plant for decades.

Each province is set to have their own rules concerning distribution. In Ontario, cannabis stores are likely to resemble LCBO (liquor control) stores, in that there will be a restriction on private, competitive cannabis sales.

Medical cannabis industry professionals have already noticed that insurance companies are raising premiums for legal producers of the plant, or for those who already provide medical cannabis, available with a prescription. In some cases, building insurance policies have been cancelled outright when these medical patients decide to grow their own plants at home (again, legally). There is a certain stigma attached to cannabis cultivation.

Insurers have been known to “incorrectly assume” that growing marijuana indoors, on a small scale, makes a home or building more susceptible to structural damage due to the moisture or humidity many people believe the crop requires.

This incorrect assumption may have been set during times when police were busting large-scale, illegal marijuana grow-ops. All of which had modified housing climates, overloaded electricity hubs and damaged structural property to fuel the black market in as little time as possible.

Real growers say that the premium hikes are based on misleading information about how much risk growing a few plants actually presents. If you’re not involved in drug trafficking nor operating a huge, illegal grow-op, you are unlikely to pose a threat to your building’s structure.

But try convincing that to your insurance company, today.

Because of this history of large-scale cultivation, small-scale pot growers will feel the burden of this proven risk – even through growing a small cannabis plant or two is really no different than growing regular houseplants. The insurance assessment starts getting tricky when you start automating your cultivation, adding heating and lighting to make the plant grow quicker or taller.

Under the proposed framework, cannabis consumption will only be allowed at a person’s residence. Smoking cannabis at home is likely to carry the same insurance risk that tobacco smoking does. Rental apartments and condo corporations are still trying to figure out how to regulate cannabis consumption in their buildings.

Here is one of the most valid risks concerning cannabis consumption or cultivation, related to homeowner’s insurance – or any other type of property insurance for that matter:

You could have a party at your home, and supply your guests with legal, home-grown cannabis just like you would provide them with alcoholic drinks or snacks at a barbeque. You may even provide marijuana edibles that you whipped up yourself.

What if someone ate a cannabis cookie unbeknownst to them? And they found out a few hours later that they are suddenly in medical distress due to not knowing what is in their system? What if that person injures themselves leaving your party or on the drive home?

The liability would be on you as a host, in the same way that injuries due to alcohol distribution falls back onto the home owner or business.

If you’re growing your own cannabis, who is to say you won’t give it to the guests that become your responsibility when they enter your home?

Because of the real risks associated with cannabis consumption at home, insurers are likely to continue considering home cultivation a ‘high-risk in-home activity’ completely aside from the grow-op associations. Someone could get hurt leaving your place if you served them cannabis. A risk is a risk.

Until insurers launch independent reviews on how much potential damage growing four plants poses, at its smallest andmost grandiose scale, we’re unlikely to see insurers warm up to cannabis cultivation any time soon. Canadian insurers are no doubt in contact with American insurance bureaus that insure legal cannabis states.

So the question becomes, would you rather take a crack at growing your own cannabis plants at home and raise your premiums, or would you rather purchase cannabis through the government’s distribution channels?

Here’s an anecdote from Colorado, a legal state, via Canadian Underwriter:

Anecdotal evidence from Colorado shows several situations in which people are unknowingly consuming products containing cannabis. An elderly woman, for example, had a hash brownie offered by a beauty salon. She went to the hospital thinking she was suffering from a stroke, only to have her emergency room doctor inform her that she was high. The woman took the beauty parlour to small claims court.