Distracted driving is no joke 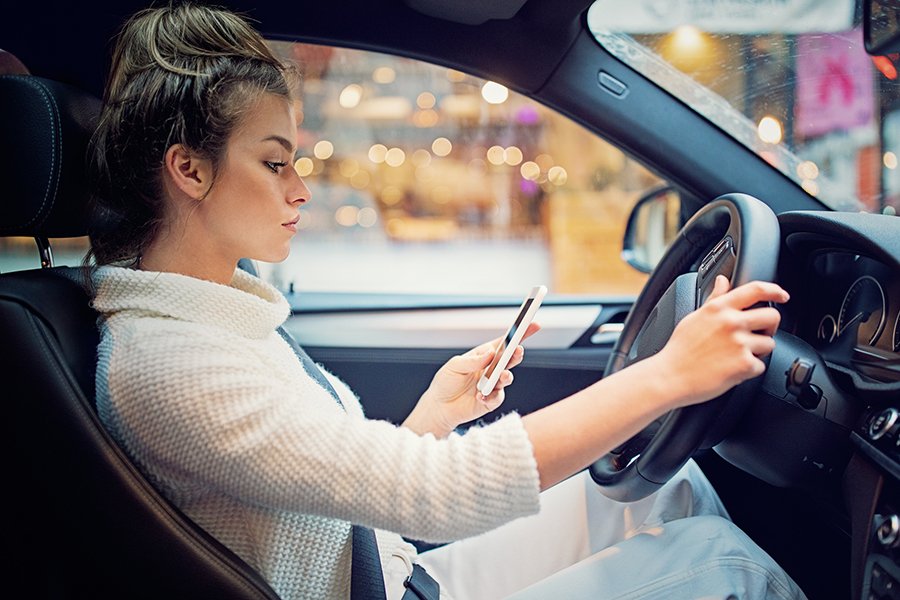 Just don’t do it.

That’s the message for December’s Distracted Driving Week. The Insurance Brokers Association of Canada (IBAC) and Canada Safety Council (CSC) have teamed up for a new social media-led campaign warning drivers of the dangers of this life-threatening behaviour.

This year’s campaign focuses on texting and eating. Even if a driver is lucky enough to avoid injury or fatality, they’ll still be subject to fines and potentially demerit points depending on their province, IBAC and CSC said recently in a joint news release.

To further compound the financial costs, auto insurance premiums could sharply increase if the driver is found to have been distracted while operating a vehicle.

Distracted driving is characterized as any action that removes your focus from the road. This can include eating, texting, adjusting music, heat or GPS, applying makeup and interacting with passengers in the vehicle.

Did you know, for example, in the time it takes you to check that text for five seconds travelling at 90 km/h, you have essentially travelled the length of a football field blindfolded?

A recent report from the Ottawa-based Traffic Injury Research Foundation shows that over the past 17 years, distracted-driving fatalities have made up an increasing proportion of the deaths on our roads.

“Insurance is all about risk, and distracted driving is extremely risky behaviour,” said Peter Braid, chief executive officer of IBAC. “That’s why insurance brokers are partnering with the Canada Safety Council to raise awareness of the danger and encourage drivers to keep their eyes on the road. The stakes are high – death, injury, property damage, fines and rising insurance premiums. Whatever the distraction, it’s not worth the risk.”

The statistics are understated because distraction isn’t always easy to prove. In fatal accidents where distraction was a possible factor, there may not be evidence of phone usage or a surviving witness. This has resulted in a significant underreporting of the issue, but the data available reveals staggering numbers.

According to Transport Canada, distraction was a contributing factor in 21 per cent of fatal collisions and 27 per cent of collisions resulting in serious injury in 2016. Comparatively, those numbers were reported at 16 and 22 per cent, respectively, in 2006.

The RCMP reported in 2016 that driver distraction is a factor in about 4 million motor vehicle crashes in North America each year.

The challenge in addressing this issue is cognitive dissonance and, where distracted driving is concerned, willingly engaging in behaviours known to contribute to the likelihood of collisions. Studies across Canada have borne out the same result: a majority of drivers understand distracted driving is dangerous and illegal, yet the same people report using their devices behind the wheel anyway.

“Personal accountability is a major component of society’s role in reducing distracted driving deaths,” said Gareth Jones, president of the Canada Safety Council. “If you’re in the majority of road users who understand the risks, you owe it to your family and to fellow road users to put the phone away and otherwise minimize distractions. It’s a choice that each of us has completely within our control. Building a culture of safe driving happens one person and one decision at a time, so let’s choose well.”

RELATED READING: What are Canadians doing about distracted driving?