Home > Blog >  COVID-19: Why it’s difficult to determine a return to the office

COVID-19: Why it’s difficult to determine a return to the office 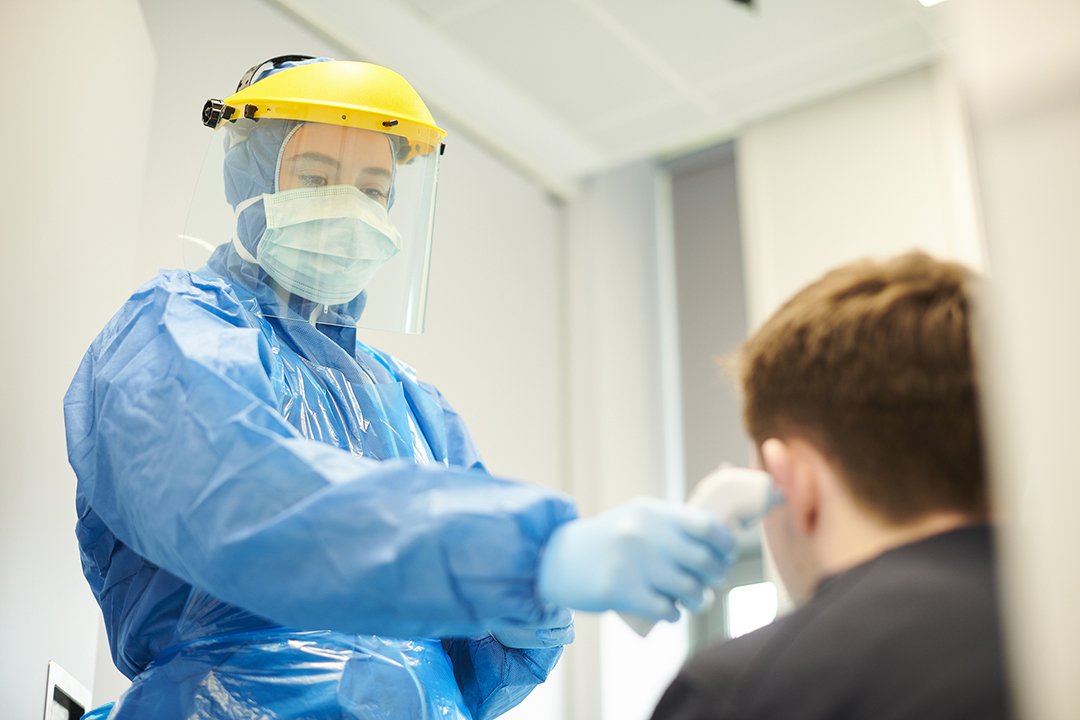 It’s the question everyone wants answered.

When will life get back to normal?

And it’s one that’s tough to answer. That’s because reliable data is difficult to come by, according to one risk analyst. Doug Fullam, an expert in catastrophe modelling with AIR Worldwide, recently told Canadian Underwriter “flattening the curve” – as health experts say – and predicting a timeline for a return to life similar to one before the COVID-19 crisis is an exercise in futility.

Relaxing isolation measures too soon can lead to a second wave of the virus, resulting in more death and overwhelming of the healthcare system. But waiting too long, will have financial, economic and metal health impacts on everyone.

“In reality, while there is new data being published and shared regularly, it’s surrounded by a great deal of uncertainty,” Fullam said in reference to the difficulty in knowing when the curve flattening can happen.

He pointed to publicly available data which changes quickly and the differences in that data by geography. In Canada, public health authorities in each province collect their own information. For example, data reported April 15, revealed Ontario had completed 871 tests per 100,000 people – the lowest in the country, though attributed to its large population. Quebec sat at 1,775, B.C. at 1,157 and Alberta at 1,937 tests per 100,000.

Health Canada released figures April 9 showing that under the current public health advisories up to 44,000 Canadians could die from the virus in the months ahead. Federal modelling shows the death rates could skyrocket if mitigation efforts stopped. Modelling showed the peak of cases in Canada may come in late spring, with the end of the first wave in the summer.

A shortage of test kits and backlog of those needed to be tested also present difficulties, Fullman said in commentary provided by AIR Worldwide. “Even when they are tested and are showing symptoms, in many cases, they are being sent home to self-quarantine until test results come in.”

Ontario was testing 5,000 people a day a couple of weeks ago, before bumping it up to 10,000. Provincial health officials were hoping to perform 20,000 tests a day by around mid-April, but a news conference April 17 revealed that 8,900 tests had been done in a 24-hour period. There’s also a delay in getting results.

Furthermore, Fullam said, those being tested are symptomatic — people showing severe symptoms. “To truly understand the transmissibility, severity, and morbidity for COVID-19, we would need the ability to randomly test a significant portion of the population, even those who are asymptomatic,” he said.

Another challenge comes when someone tests positive for COVID-19. Currently, contact tracing can’t been done for everyone the person came in contact with over the previous 14 days, Fullam said.

On April 20, the total number of cases in Ontario for the span of this wave of the outbreak was reported to be "now likely less than 20,000"— if the physical distancing and other emergency measures remain in place, documents provided by the province say. That figure is "substantially lower" than the worst-case scenario of 300,000 and expected scenario of 80,000.

The province remains under an emergency shutdown order until mid-May and is pursuing efforts to ramp up testing.

"We are not out of the woods yet, we are still in the middle of a battle," Premier Doug Ford said at a news conference April 20.

If safety measures are proven successful and the number of new cases slows and eventually stops, what’s next? A second wave of the disease should be expected, Fullam said. By then, however, the healthcare system and supply chains to provide medical supplies should have at least somewhat recovered.

Fullam further advised that taking the foot off the pedal when it comes to precautions has to be done carefully. He pointed to China as being farther along in the outbreak and they haven’t completely relaxed safety measures “and won’t be for some time — it makes sense to take a gradual approach to returning to ‘normal.’” The size of this resurgence will be a function of our healthcare infrastructure and case-tracking capabilities that are in place.

The United States, meanwhile, made its first move in this direction April 16 when President Donald Trump announced a three-phase plan called "Opening Up America Again". The guidelines outline a phased approach to restoring normal commerce and services, but only for places with strong testing and seeing a decrease in COVID-19 cases.

They set out to clear the way for an easing of restrictions in areas with low transmission of the coronavirus, while keeping them in place in harder-hit locations. Ultimately, governors will decide when and how states reopen.

Fullam cautions: “If we reduce isolation and mitigation measures too quickly, we will have a profound impact on morbidity and mortality and risk overwhelming healthcare capacity. If we wait too long, we damage the economy, and put in jeopardy the financial health — and mental health — of our population.”

RELATED READING: COVID-19 and your insurance