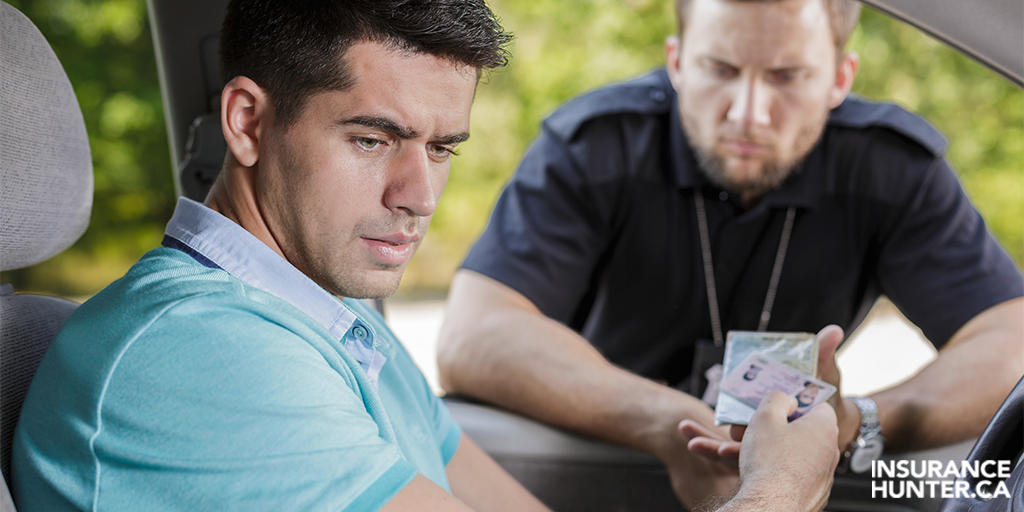 Right off the bat, let's get one thing out of the way: the headline of the piece you are currently reading has been slightly exaggerated. This article will not provide you with a "complete" list of Ontario driving infractions. There is a much more official document that already does that far better than we could ever hope to. It's called the Highway Traffic Act (HTA), and before diving into it, you should bear in mind that it's denser than osmium.

So no, we will not be rehashing every single section and subsection of the HTA. What this is article will do, however, is list every sort of driving charge you can reasonably expect to have, and discuss how exactly those sorts of charges will likely affect your insurance premium rates. It will also highlight certain factors that might seem detrimental but don't actually affect your insurance.

(A quick side note before we begin. If you're curious as to what sort of set fine amounts you'll be paying for a driving conviction in Ontario, they are listed here through the Ontario Court of Justice. There isn't necessarily a correlation between a fine amount and your insurance premium, but it is relevant to this discussion).

In the eyes of insurers, driving infractions are typically divided up into three types of categories: minor, major, and criminal. This isn't to say that there is a firm set of guidelines that demarcates all aspects of each category (though in the case of criminal infractions, they can all lead to charges under the criminal code). Just because "Driving with an insecure load" is seen as a minor infraction, there are certain circumstances where it could be assessed more harshly for insurance purposes (though it does have a set fine of $130, or $310 for commercial motor vehicles).

Let's take a look at the division of infractions.

Though there are many administrative- and equipment-related infractions that are also listed in the HTA, these are essentially all the offences you can be ticketed for that derive directly from the act of driving.

A note on tickets and convictions

Drivers can be ticketed for each of the events listed above; however, that ticket will only result in a blemish on a driver's record if it then becomes a conviction. Once ticketed, a driver has 15 days to respond to the respond to the ticket. He or she has the option to either pay it (which will translate into a conviction) or fight it (which, if successful, will result in the dismissal of any potential conviction).

An insurance company will only factor in a ticket to your premium assessment if it is later recognized as a conviction. Thus, fighting a ticket could have much larger implications than just determining whether or not you will pay a set fine.

There are two exceptions to the previous paragraph. One is for parking tickets. Even if a parking ticket isn't fought and dismissed, it won't have any long-term insurance implications. The second is tickets that are issued because of a red light camera. Because they are unable to conclusively determine who was driving, drivers are off the hook.

A note on demerits

Demerit points go hand in hand with convictions. The Ontario government provides an overview of how many demerit points drivers can expect to receive depending on what sort of infraction they are convicted of. If you accumulate between nine and 14 demerit points, your license could be suspended, depending on the results of an interview regarding your driving record. Accumulating more than 15 points will absolutely result in a temporary suspension of your license.

Up until the point where a license is suspended, demerit points have no effect on insurance premiums. After that though, a suspension could cause your payments to rise.

In the words of the great Rihanna, "This is what you came for." So let's waste no time, and get right into it.

When a driver with a spotless record picks up his or her first minor conviction, there's a good chance insurers will offer a mulligan and not come down hard for it. According to auto insurance expert Lee Romanov, insurers will raise rates for a single minor conviction only half of the time. The type of conviction may play a role in that decision as well. For example, one insurer may treat the level of risk associated with a driver who has been caught with open alcohol in a vehicle differently than another insurer.

Two minor convictions, or any of the major and criminal convictions, will certainly result in an increase to premiums. The rate at which they rise will again be dependent on the insurer, but there is sort of a general consensus on expectations for particular infractions. A 2012 study from Insurance.com found that these were reasonable rate increase amounts to expect for various common offences.

If a driver were to be convicted of these offences repeatedly, those figures would rise significantly (perhaps even double or triple)—or the insurance company could deny his or her continued coverage requests altogether.

How long will convictions be factored in for?

Perhaps the only silver lining to a traffic ticket conviction is that it doesn't last forever. A conviction will continue to show up on your driving abstract for three years (from the date of the actual conviction, not just when the ticket was issued). At that point, insurers will no longer be able to let any infractions factor into your premium assessment.

Suspensions stay on there for slightly longer. A suspension will continue to appear for six years, even though demerit points only stick around on your record for two years.