Home > Blog >  The 5 most dangerous roads in Ontario

The 5 most dangerous roads in Ontario 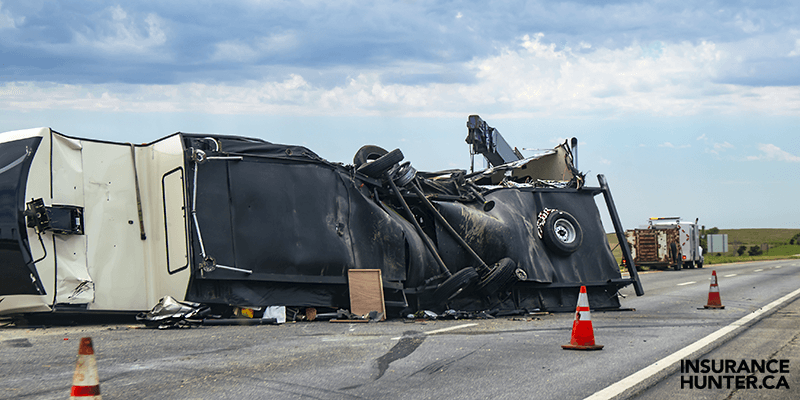 2017 was a terrible year for road fatalities in the province of Ontario, and 2018 hasn't been all sunshine and rainbows either.

Ontario Provincial Police (OPP) claim last year, however, took the title of the deadliest year in the last five due to collisions. CBC reported that 2017 was also the deadliest year out of the last 10 when they looked at collisions involving transport trucks. We can only brace ourselves for 2018 numbers, a year rife with fatal pedestrian, cyclist, and motorcyclist accidents.

The OPP cites speeding and road risks as considerable factors contributing to road accidents regardless of year. Below, we’ll look at some of the Ontario roads that have been the most dangerous in the recent past. If you find yourself travelling down any of these roads, be extremely cautious and alert. Further, if you have to frequent any of these roads for commuting or travel, consider protecting your vehicle with collision coverage.

As per HUB Insurance Hunter’s last look at dangerous Canadian roadways, Highway 401 came in pretty hot. So, as one of Ontario's most frequented highways, and perhaps not surprisingly, the 401 makes this list three times.

Highway 401, between Whites Rd. and Courtice Rd. (near Whitby)

​You have a greater chance of being involved in a car accident here –on a 32km stretch of road– than you do on any other highway location in Ontario, according to data from the OPP. The chance of being involved in a collision increases if you find yourself on this roadway between the morning rush hours of 6 a.m. and 9 a.m., and even during the afternoon between 2 p.m. and 7 p.m.

Highway 48, between Bloomington Rd. and Smith Blvd (near Aurora)

This north-south route near Aurora has just one lane going in each direction, meaning drivers may want to pass one another ocassionally if they're in a rush. Drivers who do attempt to make improper or risky passes on this highway, however, have met devastating ends. Coming in at only 24.9km in length, this particular highway has seen 67% of Aurora/Barrie's total collisions, while the section between Bloomington and Smith Blvd alone accounts for 59% of them. Scary.

Highway 8's Canal Road is a notorious and tragic one. It travels adjacent to a river flowing out of Lake Simcoe, near Newmarket. As a sparsely populated throughway just off of Highway 400, Canal Road has seen its victims fall into the body of water beside them and struggle to resurface. Minor steps have been enacted to increase safety and awareness concerning the river marsh, including new signs and guardrails that have gone up. But, residents still call Canal Road a high-volume death trap desperately in need of more safety funding.

Highway 401, between Pickering and Oshawa

This section of the 401, just east of Toronto this time, has one of the highest records of traffic accidents in the entire province of Ontario when you look at vehicle numbers. An 80-car pileup sprawled across 1.5km of this road in 2013, and this year, one man died after his car rolled over during a four-vehicle crash in the early morning hours of April.

Highway 401, between Windsor and London

As the 401's last inductee into this hall of shame, the stretch between Windsor and London earned the nickname "Carnage Alley" in the 1990s when an 87-car pileup left eight people dead and 45 injured. Carnage Alley still holds that title today.

CBC describes this section of the 401 as a "nondescript, boring agricultural landscape," that can understandably lead to driver inattention, distraction and fatigue. The median barrier here has been crossed numerous times, leading to violent head-on collisions.

In June of this year, a tractor-trailer crossed the median barrier and collided with another truck across the road. One man died as a result of this early morning accident while advocates still cite "Carnage Alley" as a recipe for driving disaster. They continue to demand a concrete barrier for this portion of the 401.

The riskiest times on the road for drivers are surprisingly during the summer, not the winter. July and August see higher traffic volumes, clearer roads and more inebriated driving. Getting to and from cottage country can be a care-free, speedy ride mixed with high traffic volumes. Combining all of those factors into a high-risk highway scenario means that you need to exercise extreme caution on these roads, anytime.